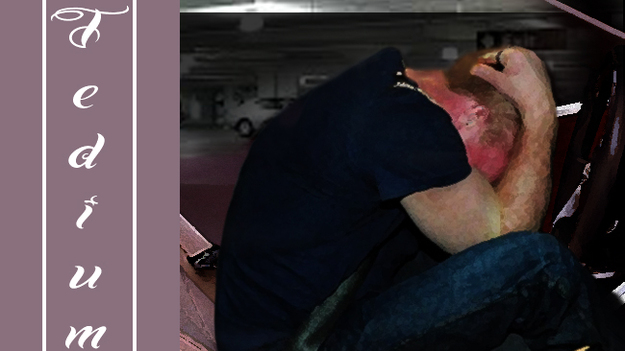 She tried hard to battle an eyelid, but it was right there, staring at her in the eye. There was an issue,

a grave one indeed, the magnitude of which she was well aware of and she had to address it, right at

that very moment! This was definitely not like any of the other days; she knew something was amiss.

Jean tried to reason with her subconscious who kept urging her to let that ego take a midnight stroll.

She had to pick up that phone and speak to him, but she just couldn’t get herself to do it. Maybe, he

was not all that mad at her. Maybe it’s very normal to find your husband read a text on your phone

from your ex boyfriend that says “last night was beautiful..!” Maybe, he’s going to come home and ask

you” What’s special for dinner?” just like the other days……maybe, just maybe! Her hands turned numb

and somewhere in her deepest, darkest thoughts, she knew this is what she wanted; vengeance, a final

reprisal. She wanted him to take notice of her existence, of how much she sacrificed, of the fact that she

was capable of walking out on him anytime, she had a life beyond him. She clearly managed to do more

Just then, a flashback of images zoomed past her imagination. Except for a few high

school crushes, this is the only man she had ever been with, ALL HER LIFE. She’d been with him though

all her hurdles and achievements, all her major life changing decisions were based on him being such

an integral part of her life. Right then, she realized that even through these flush of emotions she only

thought through her point of view; Jean chose to be with Robert. She needed him, he was her ultimate

anchor, habitual maybe, but he stood pretty strong. The question was “did he choose to be there”?

That’s an answer she knew she would always long for all along. Life seemed to have quickly changed

a living nightmare. Jean turned to her reflection in the mirror. She was never this helpless. Did she really

love Robert? Did she feel sorry for him..? Or did she just pity herself for not being able to let go of him.

But that too could change forever now.  She stood there wondering, “Is this the beginning of the end?”

Trying hard to hold back those tears, she walked to the dressing table to a frame with a picture of both

of them back when they just began dating. Problems were much easier to solve then; “I can’t stand the

chick flicks you watch, I’ll stick to Star Trek”, “you’re not being honest, do I look fat in that dress? “and

the occasional “you’re always late!” Jean  knew there’ll be a knock on that door any moment now; she’ll

then have to prepare herself for what seemed like the most agonizing moment of her life. The love was

long gone; she just needed to put it to rest.

An hour later than the usual time Robert  got back home from work, he realized he

lost his parking space to the neighbor on the 7

whispered. As he sat there in his car pondering over the sequence of events that unfolded since he

left home in the morning, he felt a strange need to turn the stereo on. He scrolled through the list on

his IPod.  Irony gazed at him in the eye as he selected the song “Babe I’m gonna leave you” by Led

Zeppelin. Men can find solitude in the most complicated of circumstances with the craziest of solutions.

In this case; Rock music. But it didn’t seem to be a much of solution to Robert, it was more of a healing

power. It was pretty evident; he was trying to nurse a broken heart. All he could do was stare at the

and he’d steer right to the bottom of a ditch. He hadn’t had the chance to let the intensity of what he

encountered this morning sink into him. It’s when he knew he’d reach familiar territory; back home, that

he would have to confront this problem in its entirety. This was the girl he fell head over heels in love

with a few years ago, the girl who he literally fought for despite all odds, the girl he proposed marriage

to and the girl who possibly would someday have his children. Did the sparks just disappear? Were no

efforts made to reignite them if they did? Was he anticipating this storm? Suddenly it struck him like

lightening, all along he saw it coming, and he just didn’t choose to believe it. Robert lived in denial for

most part of his companionship with Jean. He knew they were drifting apart. So lost were both of them

in the mundane chores of life that they reached a saturation point, whizzed right past it and never even

realized it till it was too late. He was angry, restless and guilty all at once. “That still doesn’t explain what

the bitch did!” said his male ego, overpowering the little that was left of his sense of affection for his

wife. Just then a loud horn jolted him back to reality. There he sat, his car stationed in the middle of

honked away in annoyance.

He rang the door bell, twice, but no one answered. A strange sense of relief gripped him

as this delay bought him a few extra seconds of not having to face Jean. And as he went through that

fleeting thought, he saw something. Something that summed the core of Robert and Jean’s very being;

the foundation of their solemn bond. He looked at the name plate on the door, it read in bold brown

alphabets,’Mr and Mrs Robert Davis’. “This is what it all boils down to! Being together for better and

for worst…is this Jean’s worst?” And before he could answer that question, the door opened and there

stood the woman who possessed the ability to turn Robert’s world upside down.


This wasn’t a one sided battle. The fate of their relationship lied in both their hands.

Rachael Joseph is a fiction writer with great command over language. She wills to create more work that would enthrall her readers.