A tête–à–tête. with Hilda David 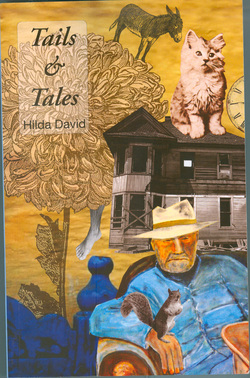 "Literature opens new doors to new stories. It enables conversations with the greatest and best authors on this planet is pure joy." - Hilda David

Scope for amateurs -  It is vast. Some of the best work I've been reading is in English non-fiction. Two books that I've enjoyed immensely in recent times is: Taj Mahal Foxtrot - History of Jazz in Bombay by Naresh Fernandes and Following Fish: Travels around the Indian Coast by Samanth Subramanian. Both books are by veteran journalists but I think everyone must read them since it opens up possibilities

An interview with Saaz Aggarwal 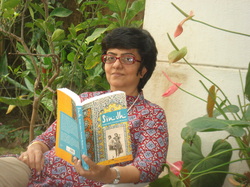 "...In one of my early sessions with my mother, she told me, “Our families come from five villages in Larkano district.” She began to name them and I typed into my laptop. However, the fifth name eluded her. “I’ll get it!” she promised, “I’ll think and tell you.” And then she shook her head and said, regretfully, “There’s no one left who can tell me that name.”

When I keyed the four names into my Google task bar, which promptly threw up the fifth, her amazement showed me that to her mind, those villages had simply stopped existing when she and her family left Sindh, never to return. I realised that for the children who had left Sindh with their parents, the abrupt excision and denial had made their childhood home a place that lived only in their memories and that is why I called the book Stories from a Vanished Homeland..."

A heart to heart with Randhir Khare 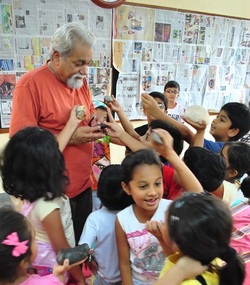 ..."memory…my life is alive with memories…one fusing into the other…I can even narrate to you dreams that I had when I was three…but.."

"...Learn to be your own critic. Trust your own judgment. However, if you find someone you trust and who helps your literary self-esteem that would be a good choice..."


"...When I discovered that there was actually emerging a much larger preoccupation in all my writing I turned to writing fables that would capture the preoccupation and related concerns in a symbolic way…and so as you can see I used a whole range of genres  in an exploratory way, moving from one to another each time I sensed a new way of writing, a new form, a new stream of expression to write what I wanted to write – better.

So how should one go about writing in different genres? Simple – be like the roots of a tree which constantly shift to new directions because they are searching for nourishment. So be open to exploring. No one can teach you how to be  many rolled into one. It has to come from your own attitude. Your passion for finding new ways to say things. Finally – it all boils down to one thing – openness to the act of play. Become a child, play with stories and ideas and emotions, play with words…experiment. No one ever gets it right, the joy is in the trying, the process..."
HOME

The Sound Between My Ears  "...I passed out, I could hear them talk – “He is getting worse every day. He keeps talking to himself. Thinks he is living in some apartment with some crazy neighbours. We have to shift him to another ward. I think he is developing signs of Schizz....."