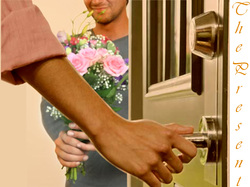 "...Staring the mirror, that evening she wondered if her life was going anywhere. Jean entered her thirties and imagined a life something similar to what she had, if not exactly similar. But there was  something missing. Most of her friends had a complete family. Photos on social network sites, showing  how happy they were added to her misery. It was almost as if they needed a third being to complete  their lives. .." 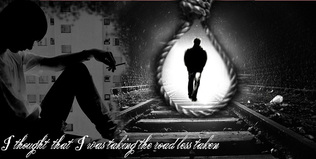 "...20 years and I consider myself to be a useless wrath who can’t even buy


friends anymore. If this is how a rich man like you brings up his children, then


I believe this deal of yours couldn’t be a success. I am giving up 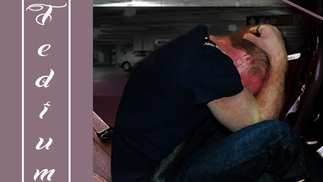 "...Did she feel sorry for him..? Or did she just pity herself for not being able to let go of him.
But that too could change forever now.  She stood there wondering, “Is this the beginning of the end?” Trying hard to hold back those tears, she walked to the dressing table to a frame with a picture of both of them back when they just began..." 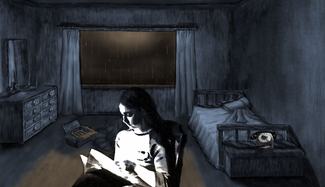 Illustration - Vaibhav Jawandwal
"...There was a sudden ringing of the door bell this morning. I woke up startled on my bed and stared at the giant wall clock. It was six in the morning. I dragged myself to the door and pushed it open. It was Nikhil. He stood pale and lifeless, shivering and drenched in the winter rains. Water dribbled down his wet hair in thick runnels. It had been raining violently since the last night..." 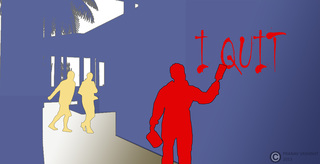 Illustration - Pranav Vashisht
"...I cannot keep on losing my identity to these  wretched nobodies... with every passing day more of my identity is smeared with insignia that I no longer recognise. I am compelled to take this decision dad else  my mind will be left crippled for the rest of my life. It makes me feel like I am turning senile...." 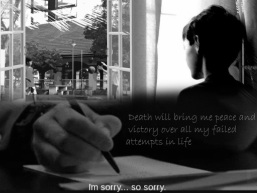 Illustration - Ankita Singh
"...l I could do was sit on the window sill and envy the other kids outside which made me hollow from within. Emotions and feelings have become nothing but void to me. I am sure its going to be difficult for you’ll to forgive me but probably this is the best decision to take now. Death will bring me peace and victory over all my failed attempts in life.I wanted to live Dad but...

Illustration - Ankita Singh
"...Life turned out to be void after mom died and the lady you remarried has been  like a nightmare to me. Her Daughter drives me crazy. Mom’s memories never left my mind like they did from yours. You three make a happy family. I probably should go and take care.. 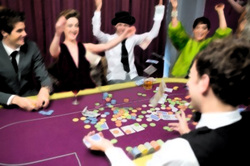 
"Vroom…..! A sharp cut towards the left, off the road, and the truck passed by, smashing the side mirror right into their faces. Each one in the car woke up with a start. Not but one could figure out what had made the sudden life-shattering sound, milli-seconds ago..."